If you go to My travels page on my website, you would see there a rotating globe representing my travels. I spent around one evening to implement this using various packages from d3. Source code of result is available here

And it was working fine for several months… But recently I noticed animation became laggy in the beginning. I guess that is caused by chrome update, because on iPhone it is still working fine.

I opened dev tools, enabled FPS meter and yes, FPS rate was quite bad - 29fps on the average but with drops to 8. 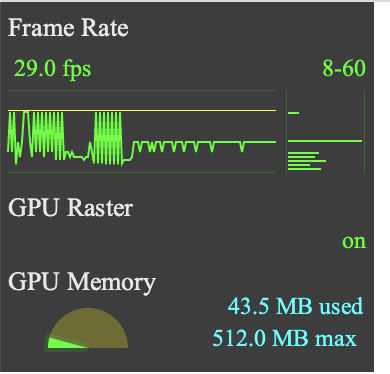 The problem was how globe was rendered - it was rendered in SVG which was dynamically changed by d3. Because this SVG had a lot of elements, it had affected the performance. Unfortunately, I don’t know why exactly it was working better in older versions of chrome, maybe some time I will find it out and update this article.

So I started to think how to improve performance. After some research I realized I needed to use WebGL and then I found pixi.js. It is a WebGL renderer with simple API.

I spent one more evening and finally new version became much more performant! 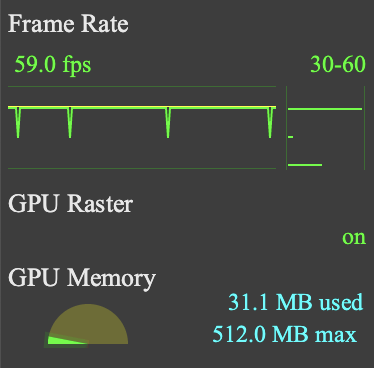